This is a podcast for people who build coworking communities. 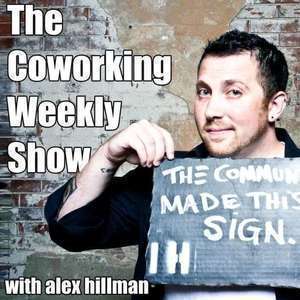 Does it feel like something is missing from your city? Maybe a tech or creative community. Maybe an entrepreneurial community.

Before he founded Philly Improv Theater, Greg Maughan felt that Philly lacked a comedy community. So he set out to create one.

In this funny, insightful interview, fellow comic and Indy Hall team member Sam Abrams talks with Greg about how the theater - and the community it comprises - were built and have grown and evolved over the years. There's SO much to learn in this interview for brand new and veteran coworking spaces alike.

Support the show and get the next episode

I’m growing the team that makes this show happen! This episode is the first one that I didn’t produce myself, so say hello to my new producer Mike Mehalick. Say hi, Mike! So here’s the scoop: Mike and I are working hard on a brand new production workflow this year so you’re going to be seeing new episodes of the show dropping MUCH more often. Lots of awesome stuff to come, I promise, and you don’t want to miss this. Subscribe however you like to subscribe, here’s some handy links for you: